Black actors are too often overlooked. It’s even worse for other ethnic minorities

Recent research by the British Film Institute reveals that six out of 10 British films made in the past 10 years featured no named characters portrayed by black actors. Just 13% starred a black actor in a leading role. This is depressing news, but it barely scratches the surface. There is an unwritten hierarchy at play here. Black actors do indeed have it bad, but beneath them come south Asian, and beneath that Chinese, Japanese and many other minorities. 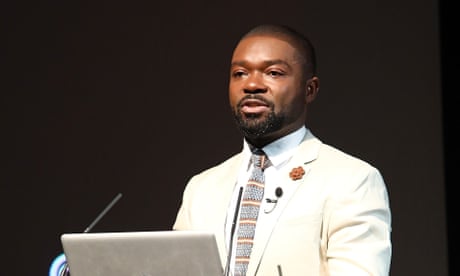 David Oyelowo: 'People of colour have been expunged from British history'

I am an actor of colour, born and brought up in the Britain of the 70s and 80s. I gained a place at the Guildhall School of Music and Drama, my contemporaries including Daniel Craig, Damian Lewis, Ewan McGregor and Dominic West. I believed I was giving myself the best headstart I could and looked forward to going for a wide variety of roles. However, as an “Asian” actor, I was only seen for certain parts: beating people up; getting beaten up; dealing drugs; owning a cornershop; being a doctor. At auditions, I often heard, “That’s good, but can you do it with an accent?” I wasn’t born in Asia and neither were my parents. I actually come from Trinidad and Tobago, in the Caribbean. But try finding “Indo or Asian-Caribbean” on any form asking for my ethnicity. But I’m English and proud.

I had been out of drama school four years when I realised that, rather than bellyaching about it, if I wanted to see change, I should endeavour to be the change. I made Offending Angels, with a cast of Shaun Parkes, Andrew Lincoln,Susannah Harker, Jack Davenport and Steve Mangan, among others. But the point of that romcom was to give two leads to non-white actors, where their roles were not governed by their colour. For many reasons beyond my control, the film never got distributed. After years of only being put forward for stereotyped roles, I got out of the industry. It wasn’t enough for me to be paid as an actor, but lose my soul in the doing. After that, I managed to land a highly sought-after place at the National Film and Television School as a screenwriter, intent on trying to make the changes at script level. I wrote a play exploring these issues called That Paki Play. In it, I offer up a game where they have to name 20 famous black actors, and then name 20 Asian ones, without using Bollywood stars.

It turns out that trying to get a minority film funded is harder than landing an acting role. So I’m back to acting. In the past year, now that I’m in my 40s, I have been up for a tiny role as a doctor in an American movie, an “Indian dignitary” in a Dutch toilet perfume commercial, a Muslim man wanting to marry his son off to an 11-year-old girl from Pakistan (in the name of comedy) and a cameo on Citizen Khan. And that’s it. I look forward to my agent calling about a terrorist role.

I trained in Shakespeare. I don’t have any “trouble with the language”. I disappoint countless would-be employers at auditions with my failure to comply with an Indian accent. As David Oyelowo so correctly points out, if Britain’s history is continually whitewashed, its stories ignored, is it any wonder that ignorance prevails and racial tension escalates? My mother was invited here from the West Indies by the NHS, like thousands of her generation. But who knows why there are actually Indians in the West Indies? Perhaps only those that come from that background, but it’s part of Britain’s history, too.

I’ve witnessed decades of lip-service being paid in praise of diversity by the various gatekeepers of finance and programming, but nothing has changed at all. I had hoped, both with my work as an actor, but also as a writer and director, that I would make it easier for the people coming up behind me, but I have to say, I have failed. I have failed to make any dent, any career, even. All I have done is get older.

I refuse to bow down and get bitter about it – or quit, because what is the point in that? But no one wants to hear your story, just putting it down to bad luck or a lack of ability, rather than an impermeable, frustrating wall, where every time you are considered for a job, it is only because of your perceived culture and colour.

But this situation has to change, not just for black actors, but for all minorities. There’s been recent talk of a black James Bond; fabulous. But where is there mention of an Asian one? What, after all, is the difference? Only in perception. I fervently believe that if we were allowed to start telling our stories, not only would we be creating jobs for actors of colour, we would also be creating role-models for our younger generation and we would be educating our own population about who Britain is now and how it got to be so.

Surely there has never been a better time to start being inclusive, to start educating those that are ignorant, than now. And I speak of the gatekeepers.

Get breaking news on the Lake Pen Series direct from the author.

Thank you for getting involved.

NOTE! Opt in email addresses are only for receiving information about the author, Andrew Rajan. I will not spam you, nor forward your email address to third parties.

Powered by Rapidology
This site uses cookies: Find out more.